The large Jewish debt to Turkey

Israelis do not remember that in the year of the expulsion, 1492, the country that opened its gates to the exiles from Spain - without constructing prison facilities for them - was Ottoman Turkey.

“The only oasis of the tribe, for which all other countries are hell as far as it is concerned,” was the way Ze’ev Jabotinsky described what Ottoman Turkey was to its Jewish subjects for centuries (from “Jews in Turkey,” Odessa News, February 14, 1909).

After the Turkish vessel Mavi Marmara sailed as part of the flotilla to Gaza, the level of Israeli hostility to Turkey was similar to the level of ignorance in everything having to do with the shared past of the Turks and the Jews. That is why these statements by Jabotinsky will probably cause a feeling somewhere between suspicion and amazement. After all, what do we know about the Turks and the Jews other than the fact that the Turks once ruled the Land of Israel and had the gall to refuse to hand it over to Herzl ? The reconciliation that is taking shape between Israel and Turkey is a good opportunity to close gaps in the Israeli collective memory about the meetings between the Turkish and Jewish nations on the stage of history.

It seems that people here remember the expulsion from Spain very well, if we can judge by the lively response in Israeli discourse to the citizenship that Spain is offering to the expelled Jews’ descendants. But we do not remember that in the year of the expulsion, 1492, the country that opened its gates to the exiles from Spain — without constructing prison facilities for them — was Ottoman Turkey.

Since then, and for more than 400 years, the Ottoman Empire was a safe haven for Jewish refugees from Christian Europe. In 1541, it took in the Jews who were expelled from Bohemia and Moravia. In 1555, it took in Italian Jews who left Italy when papal restrictions were tightened, such as the prohibition on going into the streets outside the ghetto on Sundays and Christian holidays. In 1593, it took in the survivors of the Bucharest massacre, which was orchestrated by the Romanian prince Michael the Brave. In 1688, it took in Jews from Hungary after the Austrians took Buda. During the 19th century and early 20th century, it took in many Jews from the new Christian countries such as Greece, Serbia, Romania and Bulgaria, whose establishment and expansion went hand-in-hand with persecutions, riots, expulsions and ethnic cleansing of Muslim and Jewish populations alike. In 1881, 1884, 1892 and 1903 it took in Jews from czarist Russia, who fled to Istanbul en masse to escape the pogroms.

And that is not all. In the mid-19th century, when most Christian European countries had not yet granted emancipation to their Jewish inhabitants, the Jews (and Christians) in the Ottoman Empire had almost equal rights (except the right to bear arms) and were even allowed to work in the civil service without restrictions. In addition, unlike in Europe, where Jewish emancipation was conditional upon giving up the right to a separate group identity, the process of making the individual rights of the Jews of the Ottoman Empire equal to those of its Muslim subjects involved the re-establishment of the Jews’ collective autonomy, whose significance extended far beyond the limited bounds of religion. This unprecedented combination of Jews’ individual rights and the rights of the Jewish nation as a collective legal entity aroused the wonder of David Ben-Gurion even after he was expelled from Turkey during World War I. He wrote about it in his lengthy essay, “Our National Rights in Turkey and in the Land of Israel,” which was published in New York in 1916.

And what about the issue of “Turkey and Zionism” ? Graduates of the Israeli school system know all about Sultan Abdul Hamid II’s shameless opposition to Zionist settlement. What they do not know is how lucky the Zionist movement was that in its early days, its desired national homeland was under Ottoman Turkish rule.

Although the Ottoman regime — like any intelligent sovereign entity in a similar situation — took a dim view of a separatist national settlement enterprise by foreign subjects on their sovereign territory, as far as Turkey was concerned there was no real chance of halting its progress. This was because of a traditional system of treaties known as the capitulations, in which the Turkish sultans, beginning in the 16th century, gave the subjects of foreign countries the right to settle in Ottoman territory. This system would have made it difficult to impossible, legally speaking, for the Ottoman authorities to deny Zionists holding foreign citizenship freedom of movement and activity within the empire. It is hard to sum this up better than the way it was done in a memorandum of the Council of Ministers that was issued on January 26, 1914 : “The policy that was followed so far in Palestine regarding prevention of the purchase of land by Jews who hold foreign passports has not worked. It is [legally] impossible to prevent the movement of people whose passports are valid.” 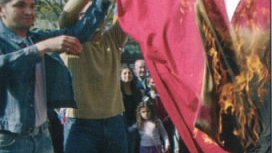